We Tried It For You: PlyoJam 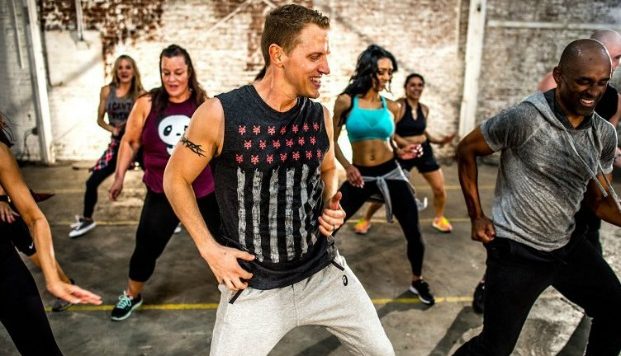 MY FITNESS PAL—If you’re still going through a “Big Little Lies” withdrawal, we’ve got a great way to help you feel closer to ringleader Madeline, aka Reese Witherspoon, until Season 2 arrives. The HBO starlet recently bonded with funnyman James Corden on “The Late Late Show with James Corden” over their mutual love for PlyoJam — the hot, high-energy cardio dance class that debuted in NYC this March. Witherspoon and Corden aren’t the only celebs who are obsessed with it and fitter for it. Kate Hudson, who’s also a huge fan, has partnered with PlyoJam’s co-founders Jason Layden and Stacey Beaman.

Just weeks after premiering at the New York Health & Racquet Club in Manhattan, where two instructors are now offering three sessions a week, we put on our best dancing shoes (i.e., sneaks) and joined the intense, yet easy-to-follow dance party, which initially launched in L.A. four years ago. After a fun and flirty sweat session that torched 415 calories in 45 minutes (no wonder co-founder Beaman lost more than 60 pounds with PlyoJam), we caught up the co-founders to get the full scoop on the workout they affectionately say “ain’t your mama’s Zumba class.”