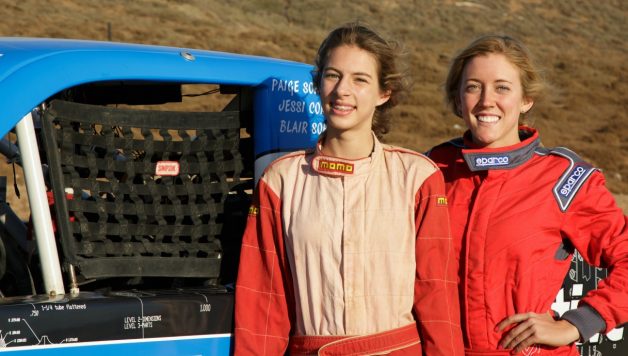 TEEN VOGUE—It’s not uncommon for siblings to share the family car, but it is extremely rare for two sisters to race a four-wheeled vehicle, hand-built by dad, at death-defying speeds (100+ mph) through the roughest desert in Baja, Mexico. This is exactly what Paige, then 20, and Blair Sohren, 15, from Phoenix, Arizona, did last November at the 48th annual Score International Baja 1000, the toughest off-road competition in North America, where dozens of pimped-out cars, hundreds of teams, and thousands of fans gather for the ultimate man and machine endurance test.

You can now watch the Sohren sisters’ high-speed ride as part of Red Bull’s five-episode docu-series, Driving Dirty: The Road to the Baja 1000, on demand worldwide for free on Red Bull TV, starting November 14. Spoiler alert and top reason to tune in: These badass girls placed second in Class 7 (mini pick-ups with a six-cylinder or smaller engine) — an extraordinary feat for females, first-time racers, and the event’s youngest competitors. Only one of the two, however, is returning to the starting line at this year’s race, which kicks off on Wednesday, November 16.