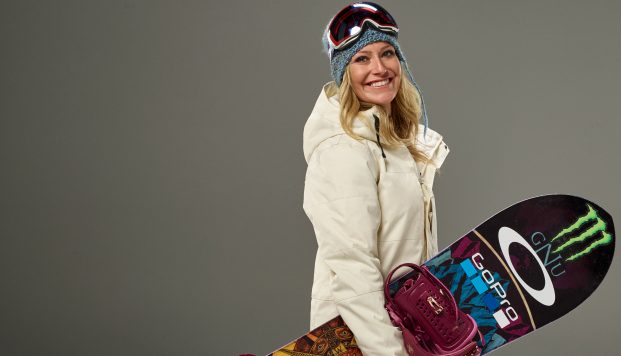 VISIT CALIFORNIA—Jamie Anderson has already won gold in South Korea and the 2018 Winter Games haven’t even begun yet. At the official Olympic snowboarding slopestyle test event in PyeongChang last February, the 27-year-old from South Lake Tahoe reminded everyone that this is her sport by producing a complicated collection of twists, jumps, and tricks to earn top honors. Being the first and only athlete to win Olympic gold in this discipline, which debuted nearly four years ago in Sochi, Russia, means she sort of owns it.

It’s no secret that her hometown has been instrumental in making her a champion, which is why she launched the Jamie Anderson Foundation in 2013 to help youth pursue their athletic dreams. In four years the foundation has already helped more than 30 winter sports athletes, providing them gear, season passes, and even financial aid to travel for competitions.

The 13-time Winter X Games medalist returns to her old shredding grounds as often as possible—there’s nothing like being home to inspire her to dream big. Anderson is looking to dominate in the snowboard big air event, newly added to the Olympics for 2018. She shared her favorite things about the Golden State below.

Read the full Q&A with Jamie at VisitCalifornia.com!