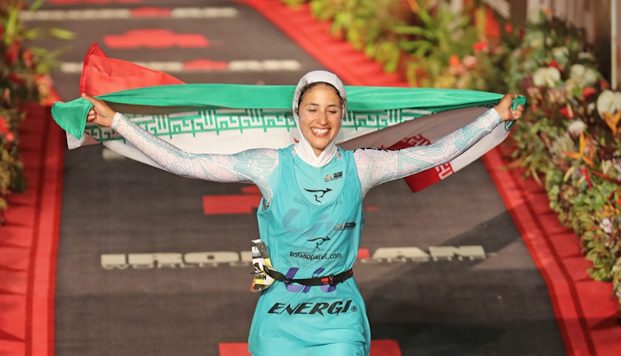 TEEN VOGUE—Four years ago, Shirin Gerami — then 24 — was on a quest to become Iran’s first female triathlete. But her efforts were almost cut short just hours before her debut race in London. The issue: Shirin (or Shiz as she’s known among friends) needed to get Iran’s sports ministry to sign off on her race outfit, confirming that each garment adhered to Islamic law’s strict dress code, which includes an appropriate hijab and clothes that cover her hair, arms and legs. Without the proper authority’s approval, competing in her country’s colors (green, white and red) was a no-go. Undeterred, Shirin made it her mission to find a solution to these sensitivities, not just for herself, but others like her.

“What we wear does not define what we can do. We live in a very diverse world where people may wish to cover up to varying degrees for different reasons, from health and self-confidence to modesty and religion—and not just Muslims, but also Orthodox Jews and Orthodox Christians,” Shirin, who doesn’t wear a hijab in her day-to-day life in London, tells Teen Vogue. “For me, it was a realization that due to the lack of covered clothing options in sports, we might be excluding a huge global community of women who may wish to participate in athletics, but currently can’t.”