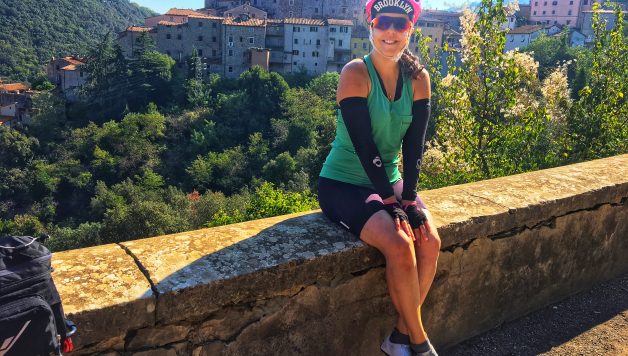 SHAPE—Most die-hard cyclists would jump at the chance to go on a bucket-list bike tour cruising through the idyllic rolling hills and medieval villages of Tuscany…but on an electric bike? Psh, that’s not even real riding, right? Many, especially those in the purist camp of traditional cyclists, believe assistance of any kind, such as a motor or a built-in battery, deters from the original—and intended—point of the sport.

This notion explains why my five-day cycling trip in Italy this fall started with a slew of jokes aimed at me and my ride. The snark came out in full force after the 15 other travelers learned that I’d be one out of two folks cruising through the Cycle Europe tour on electrically powered wheels. The rest were on traditional, man-powered road or hybrid bikes.

“You gonna kick up your feet and read the paper?” one laughed as he pedaled alongside me. “Might as well be on a motorcycle tour,” another quipped later at dinner.

It was all in good fun, of course. Though we were all strangers, we belong to the same tribe and were in Italy for the Adventure Travel Trade Association’s World Travel Summit, which draws some 800 travel agents, operators, and international media to a new country (or continent) every year to discuss all things adventure travel.

We share a common goal of getting people out of their comfort zone to explore and connect with new communities and cultures. Ultimately, my new friends became my mini focus group to learn more about the growing demand for electric or e-bikes. (Sales in Europe, where e-biking took off some 10 years ago, have skyrocketed as much as 90 percent between 2016 to 2017, while the United States is slowly catching up to the trend.) Despite the initial teasing, we were all on the same page that e-biking is a game-changer.

“Two hours on an e-bike could cover double the distance, or more, than a regular bike in the same amount of time. You can just go so much farther,” says Raino Bolz, owner of Adventure Shop in South Africa, which began offering e-bike tours in 2018. “We recently hosted an e-bike tour where six out of 10 were non-cyclists,” says Bolz. “They were fit, but not used to riding, so they would have never signed up to ride 31 miles straight. But they did it and loved it. Now, they’re cycling!”