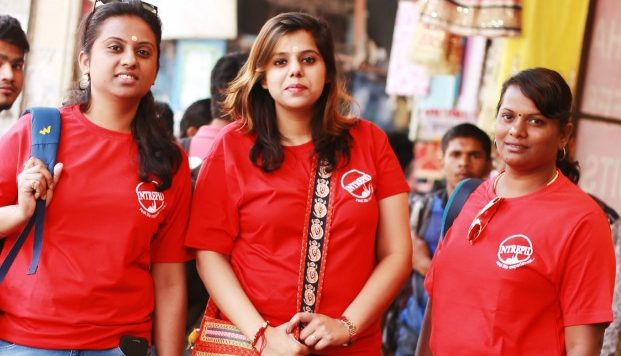 NATIONAL GEOGRAPHIC ADVENTURE—The future is looking more female in India, where traditional gender roles are facing pressure from the reinvigorated feminist movement sweeping the globe. While women make up less than 30% of India’s workforce nationally, leadership at the Delhi offices of PEAK DMC, which functions under Australia-based Intrepid Travel, is trying to change that. As of 2016, Intrepid has hired more women tour guides in India than any of its competitors, and they’re planning to add eight more to the front lines this year.

“As a company, it’s important to offer all genders the same opportunities, but in a country like India, it’s a challenge, especially when leaders need to be on the road for months at a time,” says Ravindra Shekhawat, PEAK’s operations manager. To recruit female candidates, Shekhawat and his team put up posters in coffee shops, spoke at universities, and reached out across social media.

Male tour leaders still outnumber women 59 to 11 at Intrepid in India, but Shekhawat is hopeful that these brave female pioneers, who challenged the status quo and jumped hurdles to claim their independence, have paved the way for others. “It will be easier to find more women because we already have these 11, who have inspired their friends to pursue their passions and push past social boundaries,” he says.

An added incentive to hire more women: They seem to be very popular among clients. “Customer feedback says the women are doing very well, and in some cases, much better [than their male counterparts]. Females can come across more sympathetic to passengers, sharing personal stories of their family and their struggles to become a tour leader. That makes it more interesting to foreigners, who might have never expected to be led by a woman in a male-dominated country. It really makes the trip for everyone—seeing how India is changing right before their eyes,” Shekhawat explains.

So far Intrepid has found some remarkable guides to help with that growth, including these three trailblazers.

Read the full story on NationalGeophraphic.com/Adventure!