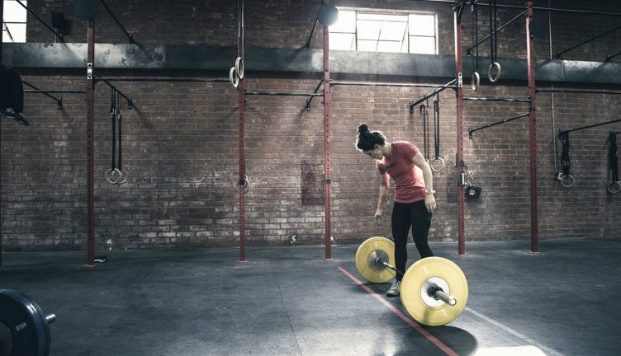 MY FITNESS PAL—Similar to “American Ninja Warrior” and the obstacle-based fitness trend it spawned, strongman training first started as a hit TV show strictly for our own entertainment. In 1977, CBS aired the first edition of a contest called “World’s Strongest Man,” where participants — a mix of bodybuilders, weightlifters, football players and the like — literally strapped refrigerators to their backs and sprinted for 17 seconds.

Four decades later, strongman training techniques and equipment have evolved, and the trend is making its way into commercial gyms. While this fitness method is much more thoughtful, functional and safe than it once was, it still tends to attract spectators. But you no longer have to sit on the sidelines. You can try these muscle-building, fat-torching moves regardless of your fitness level. In other words, you don’t need to be a strongman to train like one.

“[Commercial gyms] are starting to get variations of strongman equipment that won’t destroy their facility. You might see super heavy medicine balls that people use to simulate a stone load. Or you’ll see people carry dumbbells like farmer handles. There might be sandbags for people to lift and carry,” says Chad Canter, a trainer at the strength and conditioning studio, TS Fitness, and coach for PowerNYC, where he works with 20 male and female strongman athletes, including four pros, a national and world champion.

Read the full story on MyFitnessPal!